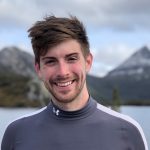 Searching for our identity

Matthew Wooten studies what makes a cell a cell

How does your skin cell know it’s supposed to be a skin cell? Why does an eye cell turn into part of an eye? The DNA in our cells is identical. Their blueprints are basically the same. So what accounts for the wild variety of differences?

It’s the proteins that interact with the DNA, says sixth-year Johns Hopkins Ph.D. student Matthew Wooten. They regulate what is out in the open being read, and what other DNA is packaged away. Other research has shown in that in the eye, for example, all the information that makes a cell a liver cell is packaged away very tightly.

But it’s unclear how it works, and how it knows to put away what isn’t necessary.

When a cell is dividing to create new cells, “Instead of propagating an identity the organism doesn’t need, DNA replication creates an opportunity for a cell to forget what it was. It can now go on and change,” Wooten explains.

This process appears to be the case in the germ line of Drosophila melanogaster. Drosophila stem cells divide asymmetrically, and when they split to become two daughter cells, they take on different fates. One remains a stem cell, whereas the other goes onto differentiate, maturing eventually into a fully functional sperm cell. The histone proteins, which help provide structure to a chromosome, segregate asymmetrically during this division.

Wooten’s research in the Xin Chen lab at Hopkins centered on answering the question of how histones are established on DNA, and if there is a set pattern to it. Conceptually it’s simple to understand—new histones are placed during replication—but research over the years had shown differing results, Wooten says.

DNA replication is an inherently asymmetrical process: When two new strands of DNA are built, the leading strand synthesizes continuously, while the lagging strand gets broken up into pieces called Okazaki fragments.

Hypothetically, these differences in strand synthesis (leading versus lagging) could have important impacts on the process of histone deposition, but a definitive pattern has remained elusive: Some researchers showed old histones segregated toward the leading strand; others showed a more a symmetric process; and then others demonstrated that the lagging strand got a majority of the old histones. In spite of numerous research efforts, a consensus pattern in histone inheritance remained unclear.

That’s where Wooten and the Chen lab came in. They used two techniques that hadn’t been used together: super-resolution microscopy and chromatin fibers to visualize how histones segregate. They broke tissue from the Drosophila germ line down into single cells, put them in a buffer that popped them to release their contents, and flowed the contents of the popped cells over a glass slide. Wooten and colleagues then used super-resolution microscopy to directly visualize histone inheritance during ongoing replication.

This showed that in the Drosophila male germline, histones segregated asymmetrically, with the old histones going to the leading strand and the new histones with the lagging strand.

Given previous work demonstrating the importance that histone proteins play in regulating how genes are transcribed, these asymmetries in histone inheritance could impact how genes are differentially transcribed on the two new strands of DNA, and therefore how cell identity is specified once those strands are segregated to different cells during mitosis. “It’s more than just a basic copying mechanism. It suggests that the way in which the DNA is made is meaningful,” explains Wooten.

Problems with histone regulation during development have been shown to lead to major issues with tissue formation and homeostasis. Given the importance that cell fate specification has in fields such as regenerative medicine and cancer research, it is possible that understanding how histone segregation contributes to cell fate specification could help further future research efforts in each of these respective fields.

Wooten says he came to Hopkins knowing he wanted to study biology, but was unsure of the specialty within the discipline. When he met with Chen, he became interested in how a cell determines its sense of self: All cells have the same blueprints, but behave very differently.

“It was the coolest type of riddle,” Wooten says.

As a biology major at the University of Maryland, one of his research projects included learning about toxic algae blooms in the Chesapeake Bay, and how to mitigate them. He also worked at Johns Hopkins Hospital as a research tech in electrophysiology, learning about neural mechanisms of itch and pain.

Before coming to Hopkins, Wooten says, he wanted to study neuroscience. But when he interviewed at neuroscience programs, it seemed less and less like that was the right fit. All that changed when he interviewed at Johns Hopkins. “I felt very comfortable at Hopkins. There was a sense of community, with students and faculty. The professors cared about your success—even those who weren’t in your lab.”

Dr. Xin Chen has been a fantastic mentor who is wonderful to work with, says Wooten. And he appreciates the collaboration opportunities throughout Hopkins, as well as the Carnegie Institute right next door. He cites Joe Gall, Ph.D., who is 91 and still working at the bench, as one of his inspirations.

“He was a mentor to scientists who were some of the early pioneers studying chromatin and the structure of the nucleus. He has been so helpful, and I would never had been able to do any of this work without his and his post-doc Zehra Nizami’s advice and support,” Wooten explains. And I would definitely be remiss if I didn’t mention Jonathan Snedeker, who co-created the fiber technology with me and was there in the early days, making inroads in this protocol.”

Wooten has always wanted to be a professor, he says. And Dr. Chen has been very supportive of sending him to conferences, meetings, and helping him build his personal network, from making contacts to finding reagents.

Wooten has defended his thesis, and is planning to travel to Seattle in January 2020 to become a post-doc at Fred Hutchinson Cancer Research Center in the laboratory of Steve Henikoff. There, he plans to develop approaches to look at how proteins bind to DNA in a single-cell capacity, and what makes a stem cell a stem cell.

Although he’s almost out of the program, he has advice for those considering Hopkins or graduate school in general. Wooten says, “Every graduate students career has its ups and downs. Its important to find things outside the lab that you can go to when work is getting you down. Sometimes, your best ideas can come to you away from the bench!”

He is deeply grateful for Chen’s mentorship as well as the camaraderie he’s experienced in his lab and at Hopkins in general. “At the end of the day, the most important thing is a mentor you like and respect, and friends and colleagues who can help you along the way. Hopkins has all those things.”