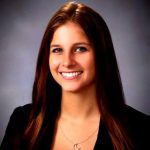 Walking Down the Islets

At Johns Hopkins, Alexis Ceasrine studied metabolic disorders and how they affect males and females differently

It’s well known that many research studies either don’t report gender in subjects or only use males. But sex differences matter in terms of development, health concerns, and more.

Alexis Ceasrine, Ph.D., who received her doctorate in 2018 from Johns Hopkins’ Cell, Molecular, Developmental Biology, and Biophysics (CMDB) program, evaluated the development of metabolic disorders, such as glucose intolerance and defective insulin secretion: hallmarks of diabetes, and how males and females are susceptible due to developmental differences.

Islets in the stream

Glucose levels in the body are primarily maintained by insulin from the pancreas—or more specifically, the islets in the pancreas. Even though islets only make up about 2-10 percent of the entire pancreas, they play an enormous role: Dysfunction of islet cells causes abnormal glucose levels, and can lead to diabetes.

As Ceasrine’s work progressed, she says, she turned to the role of beta-adrenergic signaling, and how that affects the development of islet cells.

In mouse models, when Ceasrine removed beta-2 adrenergic receptors in the pancreas during development, it created hyper-vascularized islets, which disrupted how the body produces insulin. This was due to increased expression of a vascular growth factor in beta-cells.

Surprisingly, this only happened in female mice.

“I would hypothesize it’s a hormone-dependent phenomena,” Ceasrine says. This is due to the necessity of the beta-2 adrenergic receptor only during a critical neonatal window of time. This critical window coincides with a perinatal testosterone surge that only occurs in males.

Islet transplants are a fairly involved way to treat type 1 diabetes that has been resistant to other treatments. During transplant, the majority of islets are lost because they fail to connect to blood vessels in the host, explains Ceasrine. This is one of the reasons that excess islets are often required for a transplant.
“But if we can better understand how beta cells might promote vascular growth, this could influence islet transplantation,” she says.

She adds that this is an example of why it’s so important to pay attention to sex differences in biology research. Males and females have fundamental differences, from development through adulthood.

“This is a field that needs more attention,” Ceasrine urges.

Initially, Ceasrine says, she didn’t want to go to grad school. She wanted to work in a forensics lab. But a mentor during her time as a biology major at Hofstra University urged her to consider a Ph.D. program—if only to take on more responsibility in a forensics lab once she obtained a doctorate.

“Hopkins was only my second visit and interview to graduate programs,” she says. “I was so impressed with the people and the research being done there. I liked that it was a true umbrella program, and yet a tight-knit community. It’s graduate student-focused. After my weekend here, I canceled all my other interviews.”

Ceasrine enjoyed working with Kuruvilla, and thought of her as a key mentor in her time at Hopkins. “I needed guidance because I wasn’t sure what I wanted to do at first, and she was so helpful. Rejji is a huge supporter of women in science. She had my back, no matter what.”

And she also found the program in general to be a collaborative, student-focused environment. “You get to know the other students so well. There’s research going on everywhere. I had no problem [doing things like] asking the lab next door, ‘Anyone have antibody?’”

Now that she’s received her doctorate, Ceasrine has moved to North Carolina to work as a postdoc in Staci Bilbo’s lab at Duke, where she is once again studying sex differences in development, but this time in a neuro-immunology lab, researching microglia and immune cells in the brain and placenta, and how a mother’s high-fat diet may affect fetal development.  Ideally, Ceasrine would one day like to be running a lab of her own as a PI.

For students considering the program, Ceasrine suggests maintaining a focus on work-life balance. “There can be a ‘work, work, work’ culture that if you’re not working 80 hours a week, you’re not working hard enough. That will cause burnout. Remember why you are doing science at all and make time for other things you enjoy.”

Also, it’s important to have resilience when it comes to research. Not everything is going to go all right, all the time. “Your papers and grants and conference submissions aren’t going to be accepted on the first go-round every time. It’s OK to feel bummed, but it’s important that you don’t let it keep you down. Remember that every successful scientist has been rejected many times,” she says.