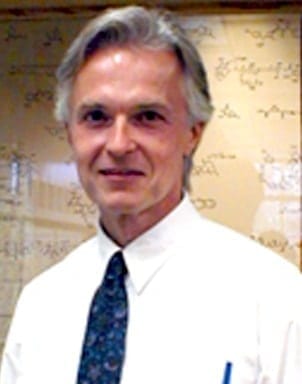 Craig A. Townsend is the Alsoph H. Corwin Professor of Chemistry and holds joint appointments in the Departments of Biology and Biophysics and affiliations and collaborations in the Johns Hopkins School of Medicine. His research interests are in the chemistry of natural products and the interface of organic chemistry, biology and medicine:  stereochemical and mechanistic studies of principal biosynthetic enzymes and their engineering/directed evolution for synthetic ends; chemoenzymatic synthesis; enzymology and molecular biology of polyketides and beta-lactam antibiotics; drug design and clinical applications against antibiotic-resistant bacteria, tuberculosis and malaria; structural studies of biosynthetic enzymes. Professor Townsend has been a Research Fellow of the A. P. Sloan Foundation, a Camille and Henry Dreyfus Teacher-Scholar; he has received the Maryland Chemist of the Year award, an Arthur C. Cope Scholar Award and the A. I. Scott Medal from the American Chemical Society, and the Stuart Pharmaceuticals (now Astra Zeneca) Award in Chemistry. He has served on NIH Study Sections as a regular and ad hoc member, and is on the Editorial Boards for Cell Chemical Biology and Helvetica Chimica Acta. He was co-chairman and cofounder of the Bioorganic Chemistry Gordon Conference and has served as an at-large member on the governing Council of the Gordon Research Conferences. He has advised the Office of Technology Assessment, the American Chemical Society and the National Institutes of Health, and he has served as a consultant for large and small pharma.